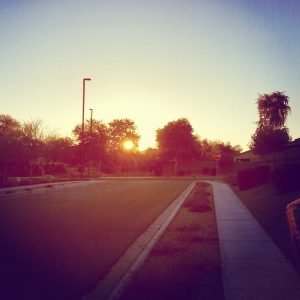 If you have read the about me page for Quantum Coaching you know that from an early age I have been fascinated by the non-physical world that surrounds us. In fact, the intense focus went far beyond the aspects of what I describe on that page.

Mind over matter was a topic that enthralled me, the unknown inspired me, and if we had access to subscriber data, I would wager that I was one of the youngest subscribers to Omni magazine (a science and science fiction magazine in one).

Looking back the fact of the matter is that the more I focused on these topics the more prevalent they were in my life. After reading one article about mind over matter, I conducted an experiment with friends on controlling pain throughout the body with sheer focus of thought. Guess what? It worked!

This focus continued through my first year of college and then something happened. Schoolwork, girls, parties, and friends became distractions. Not only were they distractions but in my eagerness to fit in, many of my beliefs were dismissed because of a snide comment here or there from colleagues or teachers. Lesson learned, this should not have happened but it does!

Slowly but surely, the belief in MAGIC dimmed within me. It was no longer a passion or focus. Those magical experiences fueled by the belief in non-physical were only spoken about when my children would ask me, ‘How did you do that?!’ Whenever we would get the best parking spot at the grocery store, I would half-jokingly tell them that it was magic. However, these magical experiences rarely occurred to the extent they did when the focus was present!

So what changed? What happened? This blog is being written all about these amazing things we can do with our mind and focus. My paradigm shifted BACK to a better reality where my MIND has tremendous input.

About ten years ago, I walked into a small Art Theater in Tempe, AZ. Upon hearing about this mind-blowing movie that had been held over for weeks, maybe even months if I was to believe the hype, it was decided that ‘What the Bleep Do We Know’ was worth a watch.

After watching ‘What the Bleep Do We Know’, I walked out of that theater a changed man. My belief in MAGIC restored. I was questioning my existence again and I was asking why I was put on this earth and BELIEVED it was for a PURPOSE. Even if that purpose wasn’t yet clear! This was my PARADIGM SHIFT back to a place that spurred me on this spiritually fulfilling JOURNEY you find me on now.

What will be your paradigm shift? We should continually seek out these shifts in awareness, these AH-HA moments. Without these moments, our lives lose the magic, the drive, the focus, the meaning and enjoyment.

‘What the Bleep Do We Know’ comes highly recommended from me personally. I attribute this movie to the decade long trail of synchronicity that inspired me to create this blog in hopes of helping others. I hope you will watch it and share your thoughts about the movie with me in the comments, on facebook or in person.

“What the BLEEP Do We Know — First released in theaters in 2004, WTBDWK!? went on to become one of the most successful documentaries of all time. Now distributed in over 30 countries, it has stunned audiences with its revolutionary cinematic blend of dramatic film, documentary, animation and comedy, while serving up a mind-jarring blend of Quantum Physics, spirituality, neurology and evolutionary thought.”

You have Successfully Subscribed!

You have subscribed! Check your inbox for confirmation.